Is there a drug problem in your house? 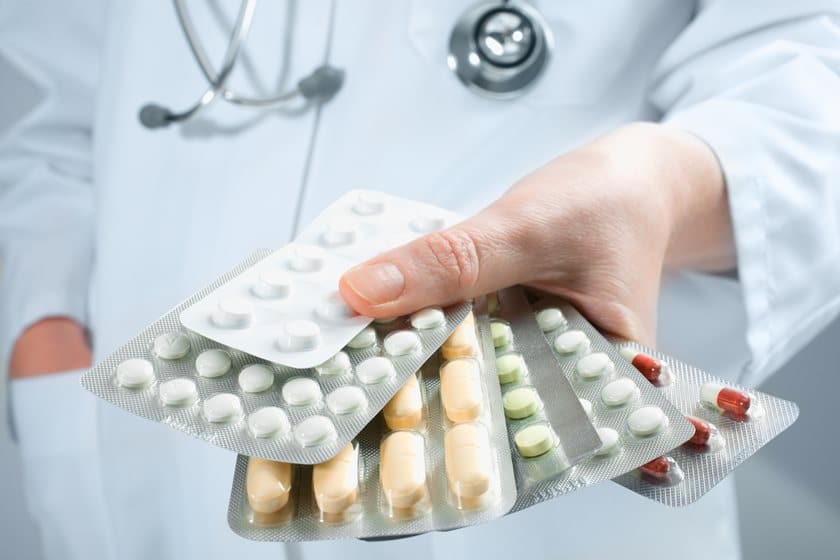 A recent report released by the Academy of Medical Sciences (AMS) has called for the leaflets provided with medication to “give a more balanced view”. It goes on to say that the information in the leaflets is “off putting and focuses too much on the possible side affects of taking the medication”.

The report suggests that “people should feel confident about the medicines they are taking, rather than uneasy” (BBC News, 20th June 2017 (*1)

Whilst we agree that people who need to take medicines should feel reassured; we have to be very careful about promoting unnecessary use of pharmaceutical drugs. Hasn’t our culture moved too quickly to the “pop a pill for every ill” mentality over the last couple of decades?

If people only took drugs because they needed them; this recommendation from the AMS would be fantastic. The real problem is that massive amounts of medication are taken unnecessarily. If there was a greater focus on lifestyle choices, natural solutions and dealing with underlying causes rather than suppressing symptoms; then drug use would be significantly reduced.

At Willow Chiropractic we witness the real drug problem in the Bristol community every day; and the problem is not narcotics or illegal drugs; but over the counter and prescribed medication being taken as a quick fix to cover up solvable problems. We believe that there is a real problem in the developed world and we would all benefit from taking the use of drugs very seriously. It is too common to pop a pill to deal with a symptom; rather than identify the underlying problem and take steps to resolve it.

Almost all of our patients have previously taken pain killers in an attempt to reduce their symptoms before they come to us for a solution. Back-pain, neck-ache, headaches, hip pain, knee pain, sciatica, joint pain – they are almost always the result of poor musculoskeletal health and poor function – but the typical response is to dull the pain so that it doesn’t get in the way of everyday life. For many people the idea of solving the problem itself doesn’t even feel possible, especially for those who put their aches and pains down to ageing. But it’s too easy to take the pills and forget that they have long term consequences.

From back-pain to a stomach ulcer in just a few years.

Take Robert for example. Robert is a patient of ours who started care 6 weeks ago. He works long hours at a desk, in a high-pressure job. He has had back pain on and off for 14 years and according to his wife he is “far too busy to take good care of himself”. His use of pharmaceutical drugs over the years has steadily increased; every time his back pain would flare up he would take ibuprofen. By doing this he was able to carry on with his day.

Three years ago, he realised that the non-prescription medicine wasn’t strong enough and so he asked the doctor for a prescription. Since then he had a stash of potent painkillers in his desk drawer which he took day in day out for 3 years. He visited his doctor 4 months ago after suffering severe stomach cramps and was diagnosed with a stomach ulcer. He was told that the ulcer was “most likely caused by the heavy and regular use of the ibuprofen”.

The frustrating thing for Robert is that he now knows just how unnecessary all those drugs were. After 6 weeks of chiropractic adjustments he is completely off the pain killers and his back is functioning so well that he has taken up golf again; his first time on the course in 8 years. He has realised that there is a big price to pay for apparent quick fixes; covering up pain when you can solve it drug free.

There is research available which suggests that the benefits of prescribed drugs are often outweighed by the adverse side affects:

“Few people know that new prescription drugs have a 1 in 5 chance of causing serious reactions after they have been approved”.

“About 128,000 people [per year] die from drugs prescribed to them. This makes prescription drugs a major health risk, ranking 4th.. as a leading cause of death”.

Of course; some people genuinely need drugs to stay alive, often pharmaceuticals are necessary for people to live as normal a life as possible. There have been massive advancements in medicine and for many there are lifesaving treatments available. In those cases then we would agree that people need to feel at ease; but the doctors should do this by talking through the options and explaining the balance of benefits versus the potential side affects. The real and avoidable problem is the prolific use of drugs to cover up a less than optimum lifestyle or to avoid pain when the dysfunction in the system is solvable.

Musculoskeletal pain is a surprisingly large part of this problem:

When asked to comment on the article; John Gil  (Doctor of Chiropractic and Clinical Lead at Willow Chiropractic in Bristol) said:

“We believe that patients can be trusted to do their own research; asking questions of the professionals to make informed decisions about their health and building their own balanced view.  Being informed about the serious side affects of taking medication is an important part of that process.

It is essential that people in our community aren’t led to believe that regular use of any pharmaceutical is without consequences.  We can’t help everyone, but in the majority of the cases we see; making the right lifestyle choices and finding the root cause of pain is the first step towards staying away from unnecessary medication. We see evidence every day that with the right guidance, advice, chiropractic care and support; a massive number of people leave painkillers for good.

By taking responsibility for our own health we can avoid pain, avoid problems later in life and significantly reduce our reliance on pharmaceuticals which in turn would lighten the load on the NHS”

The AMS report is well intentioned – patients should be able to trust the drugs they are prescribed and they should feel as safe as possible. But unless we can create a culture where we seek to solve problems rather than medicate them; we would argue that the warnings should be bigger and clearer – just as they are on cigarette packets. We need to trust the doctors to offer balanced advice and let the warnings do their job; which is to warn people that taking any kind of drug is a decision which should not be taken lightly.

(*4)        Willow Chiropractic, June 2017; 100 patients surveyed who had followed the recommended plan of chiropractic treatment for 6 weeks