The Truth About Technology and Mental Health 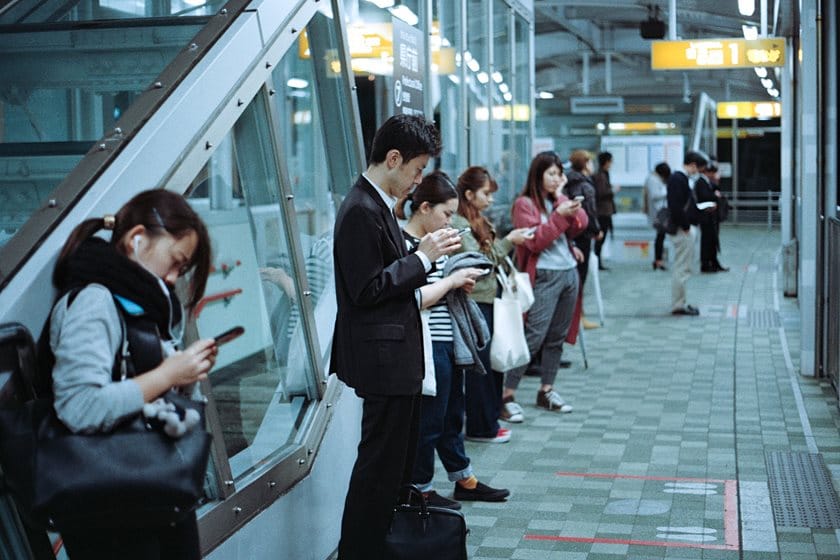 The average Brit checks their phone approximately 10,000 times a year.[1] Perhaps this sounds like a ridiculously high number, but that breaks down to only 28 times per day; for somebody who spends roughly 7am – 10pm awake this works out at just over twice an hour. We’re willing to bet that you, reading this now, exceed that number. Staggering, isn’t it?

Social media and technology are an in-built part of modern life; there is no getting around that fact. Technological advances have made some incredible things possible over just the past 15 years (let’s not forget the first iPhone only came out in 2007), yet despite this we all carry around an abstract, niggling feeling that all of this exposure to social media and technology is not good for us. That suspicion is, unfortunately, very true.

Technology overuse can lead to issues such as loneliness, stress, agoraphobia (a type of severe anxiety characterised by the fear of having a panic attack), fatigue, poor posture and repetitive strain injuries. It can also take a significant toll on mental health, with social media forming the focus of numerous scientific, sociological and psychological studies into mental health and suicidal ideation in young people.[2]

Social media and technology addiction is thought to affect around 5% of young people, and has been described as potentially more addictive than alcohol and cigarettes. It’s addictive due to the compulsive nature of it – think of the urge to check your phone immediately when you see a notification pop up, or to compulsively refresh your Instagram feed over and over in the hope to seeing something new, or to keep checking your most recent post to see how many likes and comments it has gained. You do it automatically, reflexively, without even thinking about it.

Fulfilling the urge to check the notification, seeing content you like, or seeing the likes slowly creep up, is a small, instant gratification, which produces dopamine in your brain, the chemical associated with pleasure and reward. This is what gives technology, and in particular social media, its addictive quality; it’s an easy, instant win. This also works in reverse; refreshing your feed over and over and seeing the same content, or content that doesn’t resonate with you, can leave you feeling deflated and unsatisfied. A notification which turns out to be a “boring” one has the same effect. A post which doesn’t gain as many likes and engagements as you would like can make you feel like a failure. This doesn’t even start on the issue of comparison habits and FOMO, which is an entire article all of its own! Technology and social media addiction works in just the same way as an alcohol, nicotine or drug addiction.

13th-19th May is both Spinal Awareness Week and Mental Health Awareness Week. As part of these two events, United Chiropractic Association (UCA) and The Alliance of UK Chiropractors (AUKC) have released some research around technology use and mental health which are alarming, yet at the same time unsurprising.

Jonathan Clarke, executive member of the UCA, said: ‘It would be fair to say that we are seeing an increase in the effects of modern-day technology, so people are suffering headaches, neck pains, shoulder problems, radiating symptoms, carpal tunnel problems and the like, simply because of the increase in use of computers, mobile phones, PlayStation and Xboxes. […] . The human body doesn’t finish fully developing until you’re about 24, with particular reference to the skeleton, and already, we’re demonstrating in current society the degenerative conditions in teenagers before their body has finished fully developing.’

UCA found that 83% of professional workers check their emails after work, whilst 66% of them take their work technology on holiday with them (seriously?!). More than 50% admitted to sending work emails whilst having a meal with friends or family, which is not only worrying but also downright rude![3]

Separately, the Mental Health Foundation’s 2018 study found that in the past year 74% of people have felt so stressed they have been overwhelmed or unable to cope.[4] Something tells us it’s no coincidence at all that these figures are so remarkably similar to each other. In her seminal article earlier this year, Ann Helen Peterson described this stress and its accompanying mental wear and tear as a phenomenon termed ‘millennial burnout’, which affects young people aged between approximately 22 and 38. She describes millennial burnout as ‘the internalised idea that [we] should be working all the time’. In terms of technology and work, she says that now ‘there is no “off the clock”. Email and Slack make it so that employees are always accessible, always able to labor, even after they’ve left the physical workplace and the traditional 9-to-5 boundaries of paid labor. Attempts to discourage working “off the clock” misfire, as millennials read them not as permission to stop working, but a means to further distinguish themselves by being available anyway.’’[5]

So, what can we do to try to lessen the effects of technology- and social media-induced mental wear and tear? Both are wonderful inventions which are excellent in moderation, so we’re not suggesting you throw all your devices away and go and barefoot live in the forest (though that does sound rather appealing). Here are a few practical suggestions.

Experiment with short periods of inaccessibility.

If your lifestyle allows it, keep your phone tucked away and check it at designated times throughout the day rather than having it immediately accessible at all times.[6] This is especially important in social situations; pay attention to the people in the room, not the people the other side of your phone screen. Resist the temptation to keep your phone on the table, in view all the time. If need be, download an app that restricts your social media use.

Delete your work email from your phone.

Give yourself clear demarcation between work and life, so you have the headspace to relax. It may feel uncomfortable or odd to enforce your boundaries in this way after not doing so for so long, but it’s worth it for your own health.

Leave your phone at your desk and go for a walk around the block. Pop to the shop for a piece of fruit or snack. Enjoy the fresh air and the weather, whatever it’s doing.
Give yourself a “cool down” period away from technology before bed. The blue light from phone screens suppresses the production of the sleep hormone, melatonin. Loss of sleep due to night time social media use can lead to poorer mental health, and poor mental health can lead to intense night time use and sleep loss. It’s a vicious cycle.

Chocolate is bad for you if you eat too much. Drinking too much alcohol is also bad. Perhaps we need to learn to view technology in the same light.

Look after your overall health and wellbeing.

Move more, be social, and eat well. People are finding that being stuck behind screens is leaving them feeling lonelier, less connected to friends and family, and more sluggish, purely because they’re not having true 1:1 connections. Getting out into nature, especially in good company, tackles all of these in one fell swoop.