Treated for back pain at our Emersons Green clinic by Dr Rolf Hauert.

“I first damaged my back as a result of a fall in 1970, and have suffered on and off ever since, four discs having been displaced at that time. I’ve consulted doctors, obviously, and attended sessions with osteopaths and physiotherapists on numerous occasions. However, as good as they were I wish now that I had come to see a chiropractor sooner.

My neighbour comes to see Rolf and she recommended that I should do the same. That has to have been one of the best recommendations that I have taken up, because my back is unbelievably better. People who have known me for years have commented on the improvements. I call Rolf “My Mr Magic” and I would have no hesitation in recommending him to all.” 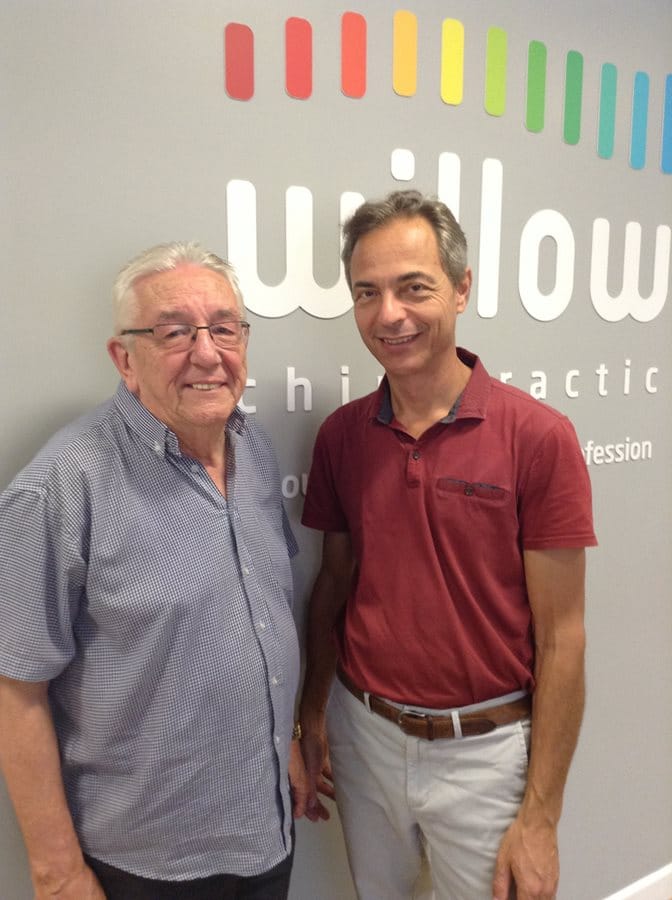